Get To Know Us

Megha Agrotech is a farmer centric organization serving farmers across by helping them achieve effective water management techniques in getting higher yields and saving labor costs through drip and sprinkler irrigation usage. This has substantially increased the productivity of the farm based livelihoods achieving better quality of life due to economic development. Drip irrigation was not quite popular around late eighties of the last century. That was when we really started involving ourselves in providing irrigation related equipment. All components of Megha Drip and Sprinkler Irrigation System are made from non-corrosive and virgin material.

Megha agrotech was established in 1989 in Bangalore when we really started involving ourselves in providing irrigation related equipments etc.

Drip irrigation was not quite popular around late eighties of the last century.

This also gave us a thought that one day drip technology will be a boon for the farmers. Hence, Megha Agrotech developed infrastructure to manufacture quality micro irrigation system. From then on Megha Agrotech ceaselessly worked hard to provide quality products and services to the farmers in the state of Karnataka, Tamilnadu, and Maharashtra. Megha drip and sprinkler Irrigation system is playing a significant role in Drip, sprinkler and megha agrotech micro irrigation plays a significant role where there is shortage of water.

MEGHA Drip and Sprinkler irrigation is a break-through in the field of effective water management. Further, each system is designed to suit individual farm requirements after studying crop, crop geometry, soil type, water (quality and quantity) and climatic conditions.

MEGHA is one of the most leading irrigation equipment manufacturers and suppliers in the state of Karnataka. It has been serving farming community by closely working with Agriculture, Horticulture and Sericulture Departments for the past 2 and half decades. It has over 300 dealers across Karnataka, Tamilnadu and Maharashtra, serving the farmers at field level helping them in implementation of Micro Irrigation systems. The company organizes study tours to farmers and dealers every year to different foreign nations.

MEGHA has also been accorded with several prestigious awards including best SME of the year in leadership qualities in Agriculture and Farming equipment sector conferred by KSMBOA.

Born in an agricultural family in the Chamarajanagar district of Karnataka, Mr. R Prasad always had an innate leaning towards agriculture and he took the plunge in 1989 by founding the Megha Agrotech. His vast experience in manufacture and marketing of micro irrigation equipment during his stint as a professional in the sector came handy as he turned an entrepreneur to make a difference on the fortunes of Indian farmers.

Highly prone to the vagaries of nature the Indian agriculture is termed as 'a gamble with the monsoon' as overwhelming majority of our farmers depend on rain fed farming. His rich experience and the insight he gained about latest technologies developed world over to stretch every drop of water to cultivate lands in arid zones further strengthened the resolve of Mr. Prasad. His visit to Israel which has mastered the technologies in micro irrigation inspired Mr. Prasad to replicate the success in Karnataka through Megha Agrotech.

True to his spirit Megha Agrotech is scaling new heights in the manufacture of Drip, Sprinkler irrigation Systems. The company is also marketing rigid PVC pipes, fittings, landscape irrigation equipment and erection of Greenhouses. Mr. Prasad's excellence and dynamism in his endeavor has brought laurels across the country. He is currently serving his third stint as the President of Irrigation Association of Karnataka, He is also the Chairman of Sri Institute of Agricultural Sciences and Technology Trust that promotes and trains organic technology to farmers. He is the Director of Madhuvana, a village theme based retreat near Bengaluru.

Many awards and honors have come his way in recognition of his contribution in micro irrigation and water management. He has been honored with the prestigious Rashtriya Rattan Award for his outstanding contribution to the nation in micro irrigation. As the MD of Megha Agrotech Mr. Prasad has ambitious plans to bring a smile on the faces of millions of Indian farmers. 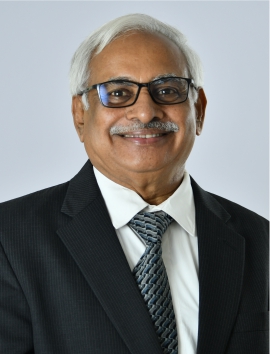 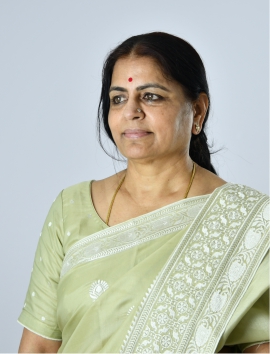 We have sophisticated imported machineries from US, with the latest and modern instruments to check and improve each and every product produced for a quality test.

Our R & D laboratory is highly sophisticated with modern equipments; each part of irrigation equipment undergoes rigorous quality checks and tests. Our quality control division is specified by BUREAU OF INDIAN STANDARDS (BIS) and ISO before they are released and supplied to the farmer.